From Hertfordshire to Italy – the journey of James Cummings

James Cummings from Hertfordshire, England is 18 years of age and this season suited up for Janus Basket Fabriano of the Italian C league. James is living his dream of playing professional basketball and has an incredibly promising career ahead of him, which began when he attended a basketball tour with his Russell Hoops squad in 2014. 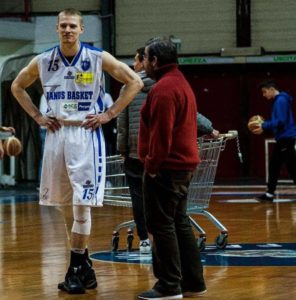 Following the aforementioned tour to Ascoli, Italy, James was offered a 4-year scholarship to IPA Academy by their Head Coach Daniele Aniello. At the tender age of 14 James was immersed in a new and exciting culture; attending an Italian High School, practicing twice a day, taking on a strength & conditioning program and competing in both Junior and Men’s competition with Ascoli Basket.

James made an immense sacrifice at such a young age to pursue his dream, enduring months away from his family and friends back home to focus on his basketball career. Despite his struggles with homesickness, he has remained focused, consistent and dedicated, taking the first step in his professional career by signing with Janus Basket Fabriano. 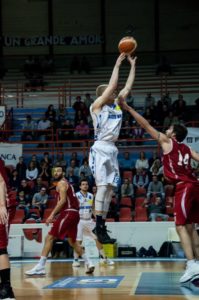 In his first year with the squad he has contributed valuable minutes, averaging 6.6 points and bringing tenacity and energy every time he steps on the floor. Fabriano won their respective region and the championship, gaining promotion into the Italian B league! The organization is a highly professional outfit with ambitions to compete at the top level, which James very much hopes to be a part of. 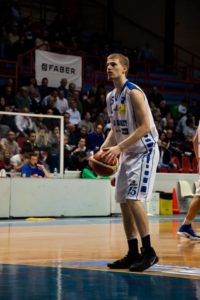 So how does a young player go about becoming a professional? As well as hard work and persistence, one must also be in the right place at the right time – James’ tour to Italy proved to be the opportunity he needed to showcase his character and abilities, and the rest is history. While we can’t promise that attendance on a tour will lead to a professional contract, it is important to be aware that every time you step on the floor you are showcasing the hours of hard work behind the scenes. You never know who might be watching!